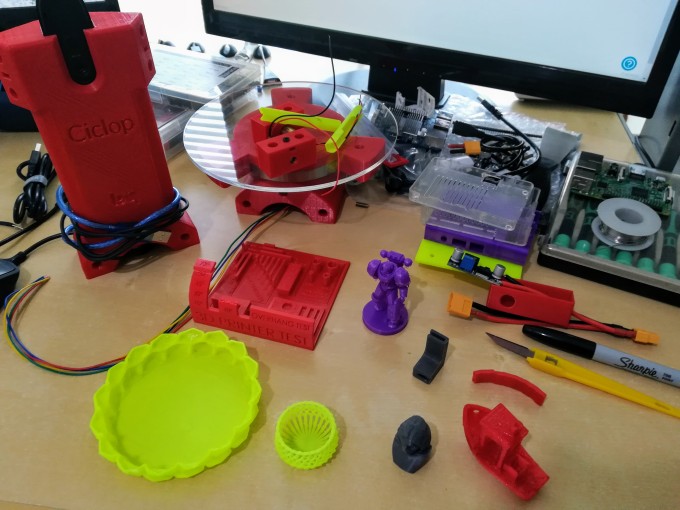 I’ve started printing lots of things with my 3D printer, maybe too many things! There were the normal table top figurines, busts of film characters, and printer test prints but then the bug really caught hold and I am in the midst of building a veritable mini-factory of sorts. Here’s my project list:

During the build of the 3D scanner, and while waiting for the parts to arrive from China, the US, and Europe I started another and began to get confused which project was which. Time to focus, methinks. The scanner is almost finished in its first incarnation and I’ll be able to use it for my future activities.

The end point of all this is to set up a mini-process line where I can produce small trinkets and sell them in my church’s Christmas fair in late November. We’re fund raising for a new building which involves mortgages, loans and long term commitment to a large community building, hence the fund raising.